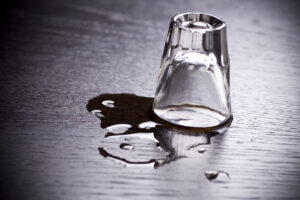 This research also indicates that men may be more likely to have used alcohol as a pain management strategy than women. People with higher income also may tend to use alcohol more to treat their chronic pain. In this study, the amount of alcohol used to help control pain seemed to be related to the frequency of pain, as those with more frequent pain used more alcohol. The use of alcohol was not related to how intense the pain was, or how long a person had been living with pain. It was the regularity of pain symptoms that seemed most related to the use of alcohol to relieve pain.

One theory about why alcohol may be used to manage chronic pain is because it affects the central nervous system in a way that may result in a mild amount of pain reduction. However, medical experts are quick to point out that alcohol has no direct pain-relieving value, even if the short-term affects provide some amount of temporary relief. In fact, using alcohol as a way to relieve pain can cause significant problems, especially in cases of excessive use, or when it is used with pain medication.

The dangers of mixing alcohol with prescription pain medications are many and should be well known to the public because of the large amount of the publicity this has received in the mainstream media regarding overdose deaths involving prescription pain medications and alcohol. In addition, even many over-the-counter pain medications (such as aspirin, acetaminophen, naproxen sodium, and ibuprofen) contain warnings about their use with alcohol, including a significantly increased risk of problems like liver damage, stomach ulcers, and intestinal bleeding.

Chronic pain often can disrupt your sleep and drinking alcohol can further disrupt the normal sleep cycle. Researchers have found that the use of alcohol by people with chronic pain is one of the leading factors contributing to sleep disruption, particularly when drinking alcohol within an hour of going to bed. Lack of sleep, or poor sleep, hurts the body in many ways and can lead to irritability, depressed mood, and fatigue. This can have a negative effect on your ability to cope with your pain.

Paying attention to sleep, stress, and alcohol use is an important way to effectively cope with your pain. If you drink alcohol frequently, whether it’s to relieve your pain or not, it is important to learn about the potential adverse health effects. Ask your health care provider if any alcohol use is safe for you.

1. Using Alcohol to Relieve Your Pain: What Are the Risks? (National Institute on Alcohol Abuse and Alcoholism) http://pubs.niaaa.nih.gov/publications/PainFactsheet/Pain_Alcohol.pdf