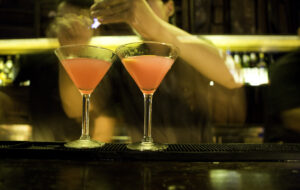 People with chronic pain should learn the facts about alcohol and how it can interact with pain medication, even if they only drink occasionally.

Here are some things that are important to know:

How much alcohol is in an alcoholic drink?

You may already know that the concentration of alcohol in different drinks can vary a lot. Since not all drinks are the same, it’s important to know the difference.  A standard drink is any drink that contains about 14 grams of pure alcohol.  So what is considered one drink?

Mixed drinks may have more, or less, of this amount of alcohol in them, and can be difficult to measure.

What happens when alcohol enters the body?

Several things can influence how fast alcohol is absorbed, including:

Once it is absorbed, alcohol enters the blood and is carried through the body where it dissolves in the water in the body’s tissues. The only tissue that alcohol cannot dissolve in is fat. Since women typically have more body fat than men, who have more muscle, they do not get rid of as much alcohol. This is why women are usually more affected than men by the same amount of alcohol.

What are the effects of alcohol?

Alcohol is considered  to be a depressant. So why do people feel stimulated by alcohol?  Their speech may be more free and animated, and they act more emotional and less inhibited. These effects can be misleading because alcohol affects the cerebrum, the part of the brain that controls reasoning and emotion.  The brain is actually being depressed and is not functioning normally in controlling a person’s judgment. Alcohol actually slows down brain activity.

As a person drinks more, alcohol effects can progress to a dangerous level.

How long does alcohol stay in the body and how does it leave the body?

While the effect varies from person to person, depending on weight and other factors, on average about one and a half hours after consuming an alcoholic drink, the alcohol may have left your system.

The bottom line is if you have chronic pain and take medication, either over the counter or prescription medication; ask your health care provider if it is safe for you to use alcohol. Alcohol and pain medications might be competing with each other to leave the body, and slow the process down, making the effects last even longer or more exaggerated. That can be bad news.

When pain doesn’t let you sleep