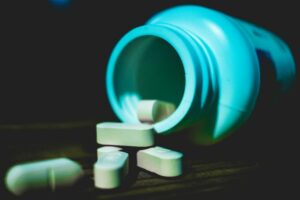 Pain is familiar to most of us for common reasons, like stubbing a toe or overdoing work in the yard. It often requires no other treatment other than protecting the area from further injury, and possibly, the use of pain medicines that are available without a prescription. These “over-the-counter” (OTC) pain relievers, also called “analgesics,” can sometimes treat pain very well when taken as recommended.

Pain that exists for a longer time (usually 3 months or longer) is called chronic pain. Conditions like cancer pain, back pain, arthritis pain, or migraine headaches, are examples of chronic pain. Unlike simple, every day types of pain, this kind of pain should be treated by a healthcare professional. Sometime healthcare providers may suggest that OTC pain relievers can play a role in treating serious pain conditions, using them combined with other medicines, or in strengths not normally recommended for OTC use.

Walking through a typical drug store reveals what seem to be dozens of choices for OTC pain relievers. While advertisements make them all seem different, there are not as many as there seem to be, as they are sold under various names, and combinations.

Acetaminophen, aspirin, ibuprofen, and naproxen, are a few of the most common OTC pain relievers. Acetaminophen, one of the most commonly used medications in the United States, is sometimes described as a “non-aspirin pain reliever.” Ibuprofen, naproxen, and aspirin are examples of a general class of pain relievers called NSAIDs. These are “non-steroidal anti-inflammatory drugs.” They come as a pill or capsule, and some are available as a powder or liquid.

The Federal Drug Administration (FDA) has judged that OTC pain relievers are safe and effective when used as recommend without a prescription by a healthcare provider. However, like any other type of medicine, they can be dangerous if not used properly. A common pitfall is to take more medicine than directed. This can be especially serious over a long time so if a painful condition exists more than a short period of time, it’s a good idea to seek medical attention.

Other kinds of pain relievers

Recently, the federal government made major changes in how it manages patient safety related to pain medicines. Some of these changes affected OTC pain relievers. For example there are new safety warnings on NSAIDs about the risk of heart problems associated with taking them, especially if used for several months or more. Restrictions have also been placed on how much acetaminophen is safe to take each day due to risk of irreversible liver damage.

Many people think that if a medicine is available without a prescription, it must be safe. In reality, no medication is totally without risk, especially when it is used improperly. Proper use means the right dose, on the right schedule, for the right condition, for the right person. Thousands of people need emergency medical treatment every year because of their improper use of OTC pain medications.

Be safe when you are taking OTC pain relievers: