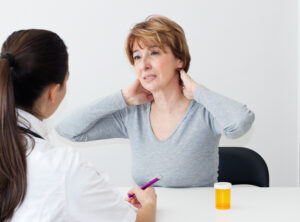 Rick is 63 years old. Like many people his age, he suffered through chickenpox as a child and was glad when it was over. Almost fifty years after that episode, he was surprised one day by a painful, blistering rash that wrapped itself in a “belt-like” band from his back to his chest. His doctor said that Rick had shingles – an illness that was caused by his long-ago bout with chickenpox. How was that possible? Worse yet, the awful pain from this new rash wouldn’t quit, even after the shingles blisters had gone away.

Rick didn’t know it at the time, but this type of nonstop, burning pain can sometimes happen after an attack of shingles. It’s called postherpetic neuralgia.

How it all starts

When Rick was young, there was no vaccine against chickenpox. As a result, he was one of the 4 million children in the U.S. that came down with the illness each year. But for these sick kids, there was a little surprise in store after their itchy rashes had cleared up: Some of the virus that had made them ill went into hiding and stuck around, sleeping. After 40 or 50 years (or more), this virus could become active again, causing a case of shingles.

One out of every three people in the U.S. gets shingles at some point in their lives. Most cases happen in adults over the age of 60. When the virus goes back into action in a grownup, it affects that person’s nerve fibers; it also affects the parts of the skin’s surface that are linked to those nerves. A few days or weeks in advance, the affected area might tingle or feel itchy. It finally erupts into the painful and blistering signature rash of shingles. This problem happens most often on a person’s chest, side, or back, although it can occur just about anywhere.

Shingles is a one-time event for many people: It clears up within a month, and the pain goes away. This painful time frame may be shortened if the person gets prompt treatment with an antiviral drug like acyclovir at the first sign of symptoms.

Unfortunately for Rick, though, the pain from his shingles kept going, weeks after his rash had disappeared. And this pain seemed worse, too – not only did it sting and burn all the time, but the affected area was very sensitive to temperature changes and wind. Even light pressure from clothing or bed sheets was agony.

Rick went back to the doctor and learned that:

Is there a vaccine?

In 2006, the FDA approved ZostavaxTM vaccine for the prevention of shingles in adults over the age of 60. Stopping shingles before it starts is the best way to guard against the later pain of PHN. The vaccine works well: There are 50-64% fewer cases of shingles in Zostavax-vaccinated people. And if a vaccinated person develops shingles anyway, the pain doesn’t last as long.

Once again, though, age makes a difference. The vaccine is recommended for every person over the age of 60 who has had the chickenpox, unless there are specific medical reasons against using it. But people who get the vaccine after the age of 70 aren’t protected as well as those who get the shot when they’re younger.

There are several different ways for healthcare providers to treat the pain of postherpetic neuralgia:

Remember Rick? Thanks to the right medications, he’s now starting to feel better – there’s finally some light at the end of his painful PHN tunnel.